He taught law in Hong Kong and Auckland and was the Auckland Director of the Institute of Professional Legal Studies.

He holds two post graduate masters in laws specialising in public law, international law and international trade law. Alex has also been actively involved in various business and trade organizations including The Hong Kong New Zealand Business Association (Past President), Thailand New Zealand Business Council (Past Chairman) and the NZ Association for Migration & Investment Inc. (Past Board Member). He does a lot of pro bono work for the wider community.

He is also actively involved in screen and stage. Alex also previously taught film production at the University of Auckland. He was a National Executive Member of the Screen Directors Guild of New Zealand, Chairman of Film Auckland, Director and Founding Trustee of the Documentary New Zealand Trust, Chairman of the Asia New Zealand Film Foundation Trust and Founder & Previous General Counsel of The Oryza Foundation for Asian Performing Arts. He was previously the Head of the School of Screen and Performing Arts at UNITEC.

Alex is a practising media and entertainment lawyer who is also a screen/stage director and producer and therefore, he brings a personal, comprehensive and practical understanding of the screen and stage industries to his legal practice. 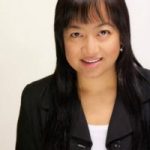 Maricel is amongst the first to be licensed by the Immigration Advisers Authority. She had been a staunch supporter of the Licensing Bill of 2007 which was eventually passed into law requiring license for all migration advisers. She has been practicing as an Immigration Adviser for almost 14 years now.

A successful migrant herself, she is  active in the immigration circles in New Zealand. She served as one of the Board of Directors of the New Zealand Association for Migration & Investment (NZAMI), from 2008-2010. NZAMI is the professional association for New Zealand migration advisors. Maricel was also chosen to be part of the  2009 and 2013 Immigration Advisers Authority Reference Group, consisting of selected advisers world-wide to give their views and insights of the immigration advise industry. She obtained her Certificate of Proficiency in Immigration Law & Practice from the Massey University of New Zealand in 2007.  She finished her Graduate Certificate in Immigration Advice conjoint from the Bay of Plenty Polytechnic – University of Waikato in December 2012, making her part of the first batch of advisers to gain a formal qualification in New Zealand Immigration Advice.

Marciel’s other qualifications are in Public Relations, Communications, Management, and Entrepreneurship from Santa Isabel College, University of the Philippines and Asian Institute of Management.

Prior to migrating to New Zealand, she founded and served as the Managing Director of Projectionals Communications, a marketing and advertising agency in the Philippines, where she spearheaded the  brand management for well-known brands such as Casio, Canon, Calvin Klein, Mitsubishi, G Shock Apple and  other local brands in the Philippines. In New Zealand, she has mentored small to medium businesses launched their products and services to the market.

With her entering the legal profession, she would like to focus on providing advice on the areas of brand building, entrepreneurship, intellectual property and media law on top of her interests in immigration and investment.