He has been a presenter in screen industry events in Thailand, China, Germany, Malaysia and Tahiti. Alex also was a key juror in various international film festivals in Germany, Netherlands and China. He is very familiar with sales agents, distributors, exhibitors, broadcasters, funders and international documentary organisations.

He is an active practitioner as well working in documentary, transmedia and fiction projects. A number of films he worked as director or producer as well as originated, have gone on to international festivals and won numerous awards. This includes the award winning theatrical films, Hip Hop-erationand The Last Magic Show and various short fiction & documentary films. He has been supporting numerous projects including Eye on The Ball which will soon be released. Currently he has been focussed on developing international co-productions with Asia and Europe.

Alex has provided support and advice to numerous films including 2018 feature documentary She Shears.

Alex  has been involved with many film projects some of which have been critically acclaimed and shown internationally. He works in fiction & documentary across short, TV, feature and interactive formats.

EYE ON THE BALL

SONG OF THE HUNTED

A NZ | Singapore coproduction, Korban is a fictional narrative webseries about a young Singaporean Muslim woman navigating her dreams of being a chef with her family loyalties and her aspirations to join her Maori fiancé in Auckland NZ. Will be premiering on 27 October 2021 on My Watch as part of Singapore’s national Malay channel, Suria. 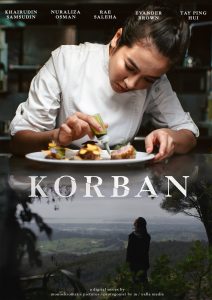 A NZ | Poland feature theatrical documentary written and directed by Academy Award nominated filmmaker Thomas Burstyn (This Way of Life)  as he investigates and uncovers the complicated and intricate relationship between his parents as they travel through Europe, Watch the trailer here. In development. 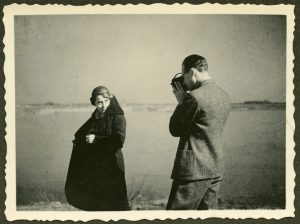 A NZ | Canada feature theatrical documentary written and directed by Indo-Canadian director Vikram Dasgupta (Beyond Moving). Vikram explores the community of women cast off from society and family for surviving their husbands. Set against the changing social and political conventions of India, Vikram paints a stark contemplation as to the injustice of society while painting a powerful ode to his family. In development.

Written and directed by Kim Webby, this documentary will be delivered in multiple formats. The story follows the murder of Joe Kum Yung, a Chinese goldminer at the turn of the century and the dark underbelly of racism in New Zealand. Supported by NZ On Air and Stuff Media. In development.

This feature theatrical documentary will be written and directed by Justin Pemberton. It will track the Homosexual Law Reform Supported by NZ Film Commission. In development.

A short festival documentary written and directed by Malaysian filmmaker Wen Chen (Eye on The Ball).  Wen follows Muslim punk band Shh…Diam and  its front person Faris, a transman. Faris has to navigate his identity within the Muslim society he lives in while finding a way to reconcile his aspiration with his strict Muslim family as well as his English girlfriend Jade. The film was been supported by the Hot Docs Cross Currents Short Film Fund. In Production.

A feature narrative film about a young Chinese woman who comes to New Zealand to find out about her grandfather who came to NZ as a gold miner and never returned home to China. CURRENTLY IN DEVELOPMENT https://www.traileraddict.com/sneak-out/lets-go

A feature documentary film about one Maori man’s mission to find the whereabouts of the capsized SS Ventnor which was travelling from NZ back to China to return the remains of the Chinese gold miners that were on board.  He faces opposition from some members of the the local Chinese community whereas others favoured completing the journey of the remains so that the spirits of the departed do not linger aimlessly lost in the afterlife. CURRENTLY IN DEVELOPMENT

A Television New Zealand made for TV documentary. When a privileged young Kiwi sets out to help an impoverished wheelchair bound Fijian boy her motivation comes into question and she is forced to face her addiction.

A NZ Film Commission and Asia NZ Foundation supported short film. Lisa, a teenager in search of freedom, sneaks out one night in defiance of her father. Harvey Wallbangers, a spa pool, and midnight lanterns what else will the night bring?

Following vandalism of the Jewish cemeteries around NZ, this short documentary explores the events and the reactions of the local community at Makara, Wellington. Screen at the Warsaw Jewish International Film Festival.

SO FAR YET SO CLOSE

A made for TV feature film by Radio Television Hong Kong about Hong Kong family adjusting to life in Toronto. Shot entirely in Auckland.

A made for TV feature film by Radio Television Hong Kong about Hong Kong family visiting Queensland in search of koalas. Shot entirely in Queensland.

Get Consultation
Go to Top